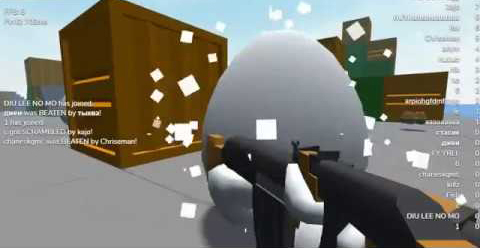 The two things people like about games these days are battle royale modes and .io games. Zombs Royale is the game that combined the two to create a really unique experience for the players. Fortnite Battle Royale made this mode really popular, and it is obvious that Zombs Royale didn’t try to hide the fact that the developers were influenced by Fortnite. You will find a lot of similar things about the two games, but the Zombs Royale is just a simplified version!

Being the .io game, the first thing you want to do is to go to the zombsroyale.io website and log in to your account. There are different options in terms of logging in, so you won’t have a problem with it. There is also a mobile version of the game which you can download through an app store on your smartphone – available for both iOS and Android users.

There is a lot of cosmetics in this game such as emotes, sprays, melee skins, outfits, and parachutes. However, you shouldn’t pay too much attention to this since these are only aesthetics and they won’t make you any better at the game – just different.

Zombs Royale offers you challenges, seasons, and even limited time events you can complete while playing. These events will swap and change through time.

Three different modes to choose from:

• Solo – if you have no buddies online

As with most battle royale games, once you join you have to wait for other players to join and then for the game to start. After a certain period, the plane will start flying across the map and you need to choose where you want to drop. I recommend not dropping instantly when the game starts since you won’t even know where you’re dropping.

The winner is the last man standing, so you can either go with the hiding tactic but I doubt this will be too entertaining for you!

Similar to Fortnite weapons, Zombs Royale has the hierarchy for each weapon. Golden weapons are considered the best, then purple, green, blue, and gray (your melee weapon). There are a ton of different types of weapons too, so you can choose from AKs to MSGs to pistols. All of these will give you a different experience and are used for different purposes.

You can also find shields and heals in the game that will allow you to get back some health or shield up when you have to. Remember to drink these potions in a safe spot since you can’t use weapons while doing it. The last thing you want to happen is to end up getting killed while drinking a potion.